On that day we saw the Church rise up. 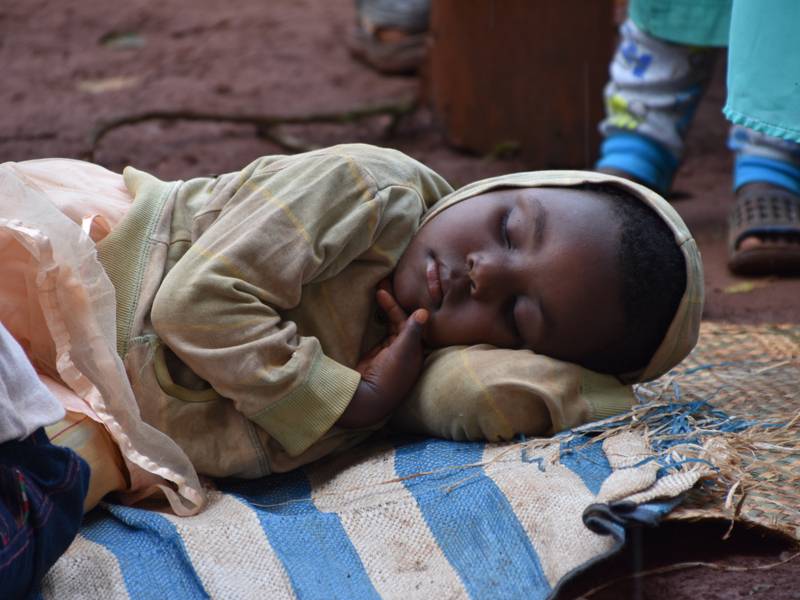 Abigail Alter shares how she saw the Church rise up to care for their members during her visit to Uganda this summer.

Just before we arrived in Uganda in early June, this little girl's father Stephen, a rural pastor, died suddenly and unexpectedly. He left her, along with her mother, Sarah, and four siblings. They were left with the debt of a micro-loan and the unknown of where funding for school fees for the five children could now come from. Their mud and reed home was now a worry, as it could easily be broken into and was already in disrepair. Surrounding rural churches, upon hearing of this loss, decided to meet at Sarah's home on a Sunday afternoon. On that day we saw the Church rise up.

Over a hundred Christians from all over the region came to the home of Stephen's widow and children and we watched as they worshipped, prayed, and pledged to care for them. As the afternoon went on, the debt was paid by those who could give in that moment "not out of their plenty, but by giving generously out of what little they had. The children's school fees were given or pledged by those who could not give at that time, and the promise to begin making bricks to build them a safe and sturdy home was made. All the while, unbelieving neighbors of Sarah stood along the edges of her yard, watching to see what "those Christians" were going to do for Stephen's widow and children. They walked away from that afternoon seeing that God's people put their faith in action. From our most recent update, the bricks have been made and delivered and construction has begun on a two-room home for Sarah and her children so the witness carries on.

While the meeting happened, the young daughter slept on a mat with her siblings and mother beside her. This little girl's life had been forever changed, yet it seemed appropriate that she slept peacefully while the body of Christ rose up around her to care for her family. Their family can rest easy, knowing that they are loved and God sees them in their time of need.