Faith is not always felt 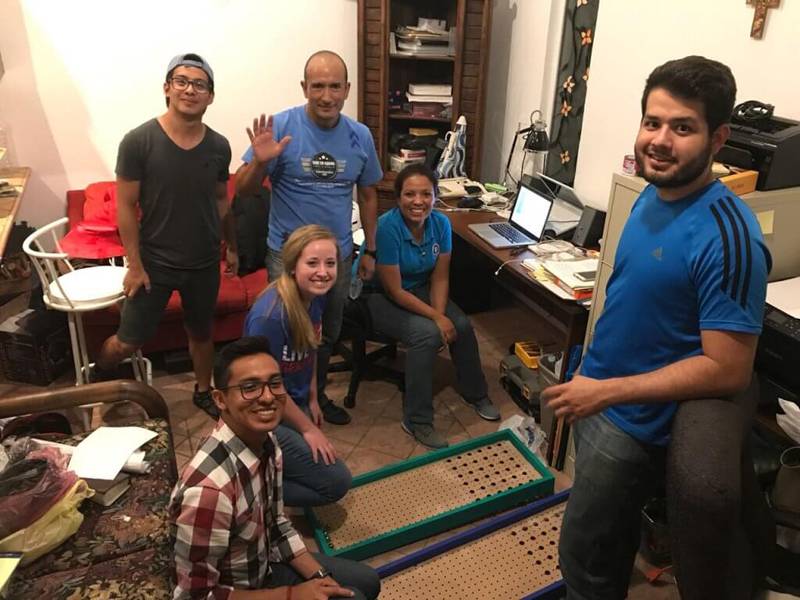 McKenna Ward, another of our 2018 Venture Interns serving in Mexico, shares that faith is not always felt.

Have you ever had a dry season in your walk with God... Maybe more than once? Those times when you just don't â€œfeel it" or any clear direction like you might in other seasons? Hopefully I'm not the only one. But if I'm being honest, I'm guilty of being in one of those seasons. I know, I get itâ€¦ How could that be when I'm on a mission trip! Surely this can't be the case. But I wouldn't be honest if I told you differently. In all reality, that was one of my original excuses when I first told God I wasn't going to do this (ha!) I said, â€œshouldn't I wait until I really feel you, God?" You see, I couldn't find a clear answer on what He wanted me to do this summer. No matter how hard I prayed or waited it out, I realized I was just going to have to make a decision. In the end, God won the argument against this excuse (and many others).

The other day Shawn (the missionary leader of the sports camps) taught me a lesson in faith. He was telling me about how he was trying to decide what the best decision was for one of the camps, and he said he just really didn't feel a clear answer from God. He said one of his spiritual gifts is faith, so he had been waiting it out. However, he told me he came to the conclusion that sometimes the Lord lets us decide. This spoke volumes to me because of the emotions I had been feeling (or lack there-of). God knows our hearts and our intentions. Sometimes He let's us decide what we think is right because He believes in us more than we believe in ourselves, and He knows we will make the right decision. He wants to see if we will choose to have faith and say â€œyes" to something we known will grow and change us for the better. This in itself is an act of faith.

Guess what? I'm beginning to â€œfeel it" now. That passion- that nearness. He has showed me that faith is follow-through, especially when we don't â€œfeel it". It means complete and utter dependence on the God whose plans for you and me are good. Saying â€œyes" and stepping out in faith is the beginning of the greatest adventure that Holy Spirit wants to take us on. Regardless of what we do or don't feel, He wants to teach us something..

Read the full story at mobblog.nmsi.org/just-say-yes