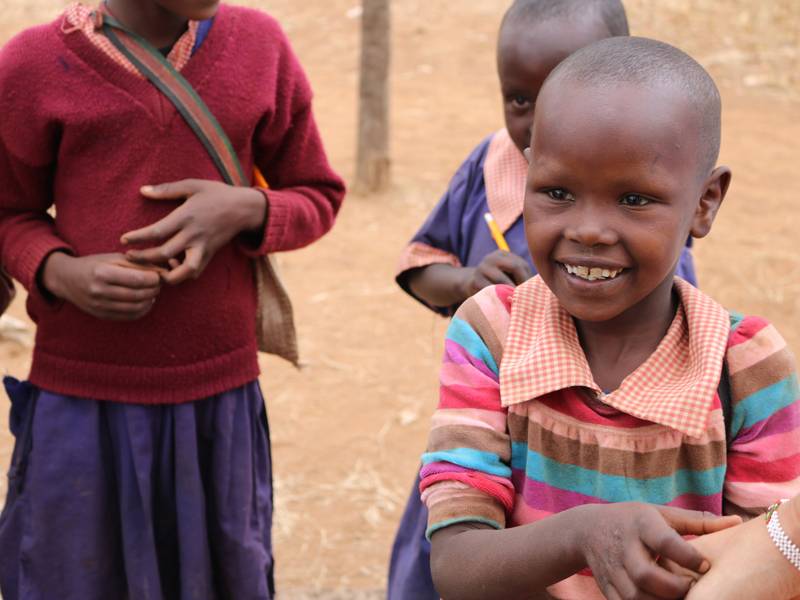 Several years ago, a young mother named Namelok in rural Kenya noticed a startling change in her husband. His slurred speech and quick anger became evidence of his new habit. He had begun to drink.

As time went on, his temper intensified and transformed into violence. The bruises on Namelok and her daughter, Rose, were evidence that his drinking had reached a new level of unhealth. Fearing for the safety of her daughter, the mother began reaching out to friends and family for an answer.

On one such day, she contacted her brothers and asked if she could seek refuge with them. Her brothers were very concerned for her wellbeing but heartbroken to share that due to their own financial limitations, they would be unable to host her family.

Namelok never gave up hope that God would move in amazing ways. She continued to pray for His guidance and help while simultaneously doing everything she could to protect Rose from her husband's drunken outbursts.

One day, Namelok received notice that a generous person from Ohio had sponsored Rose through New Mission Systems International's child sponsorship program. Namelok was trained in how to use money, spent more time with the missionaries, and continued praying for an answer.

As her support came in, Namelok realized that she could now move to stay with her brothers and take Rose out of the toxic environment of her husband's home. Her hope is that this will give him the space to heal and seek God, while keeping her daughter in school and protected from all forms of harm.

Every child's story is different. Some children deal with hunger, some deal with an inability to attain education, and some, like Rose, deal with unforeseen barriers.

Our prayer is for God's grace to heal this family and reunite them. Would you join us in praying for this family and celebrating the great work that God has done through this generous sponsor? Would you consider partnering with a child through Child Sponsorship to help redirect one child's story?

The names of the story participants have been changed to protect the identity of the young mother and daughter.