From a Rough Life to a Life Rebirthed

"God would have to do a miracle for that to happen." 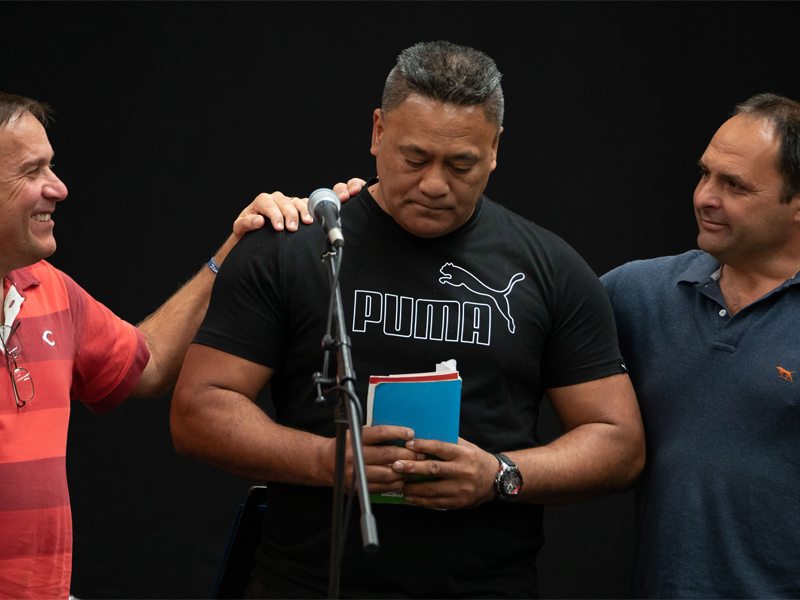 Jason is a man who only recently started attending my men's Bible study. The week after attending study, he came to our Sunday morning church service with his girlfriend. It was after this service that he gave his life to Christ.

To understand who Jason is, you need to know a bit of his background. Jason was not attending church and comes from a very rough past. In fact, he told me that his upbringing was similar to the movie, "Once Were Warriors." This film tells the story of an urban Maori family and their problems with poverty, alcoholism, and domestic violence. Not long ago, Jason was telling my men's group about some of his experiences in prison. Needless to say, he has lived a rough life. The spiritual battle leading up to the Sunday of his baptism was "full-on," as Kiwis would say. Satan was seeking to devour Jason and prevent him from taking this step.

That Saturday, one of the men's study friends and I were texting Jason and praying for him all day and into the night. But to be honest, it seemed like it was all for nothing because he would not respond. Finally, when he did respond, he was so angry that he was ready to throw it all away. When he finally answered my call, late in the afternoon, I asked him several times to come speak to me. His last words to me were, "This life is not **** worth living anymore." Click! He had hung up on me.

I had assumed those were probably the last words I would ever hear from him. I knew he was angry enough that anything could happen, even taking his own life. That night, I sent a text to Reuben, the teaching pastor at the church, telling him that Jason would not be getting baptized on Sunday. My exact words were, "God would have to do a miracle for that to happen."

The next morning, I arrived early to drop my wife, Miki, off at worship practice. To my astonishment, Jason was there in the parking lot. He jumped out of his car when he saw me. It wasn't until I got closer that I saw that God had done that miracle in the night.

With tears streaming down our cheeks, we embraced each other. I said the first words that came to mind: "Man, you are the last person I expected to see here this morning!"

He had arrived very early in the morning and had been reading the scriptures we had sent him the day before. Along with this, he was praying and compiling his thoughts to share with the church. At some point in the night, the still quiet voice of God had come to him. He had humbled himself before the Lord and, this time, he fully gave his life over to God.