"This was the hardest tour I have ever done." 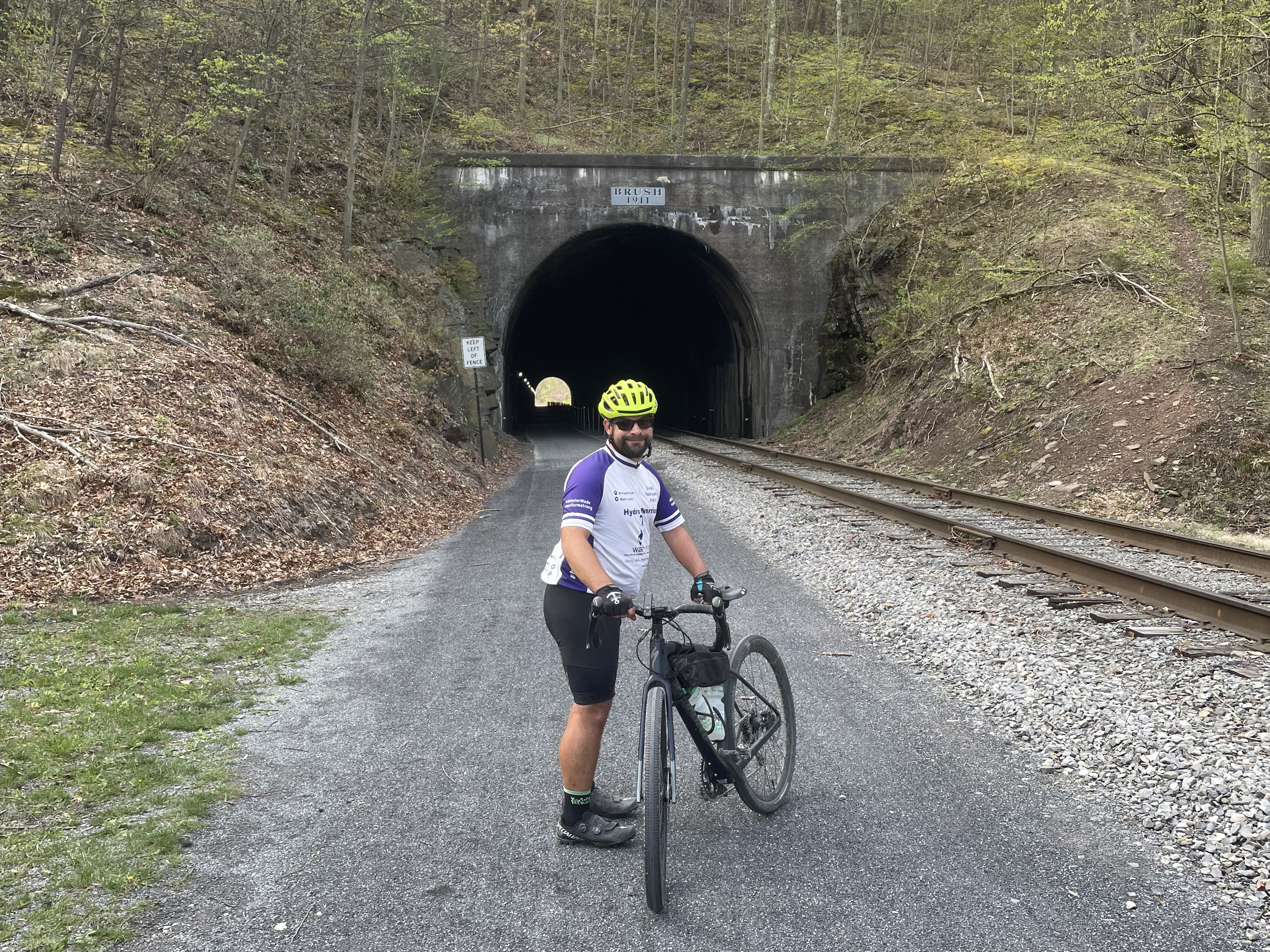 This blog is going to be a challenge to condense. This past tour was probably THE hardest tour I have EVER done, mentally speaking. The COGAP tour was not a normal tour. 250 miles of single track (riding in a single file), double track (riding side-by-side), the occasional hike-a-bike section, then you have RAIN, and the worst sinus infection ever! Dealing with a sinus infection is more difficult for me than most people because it can also be diagnosed as a shunt malfunction. 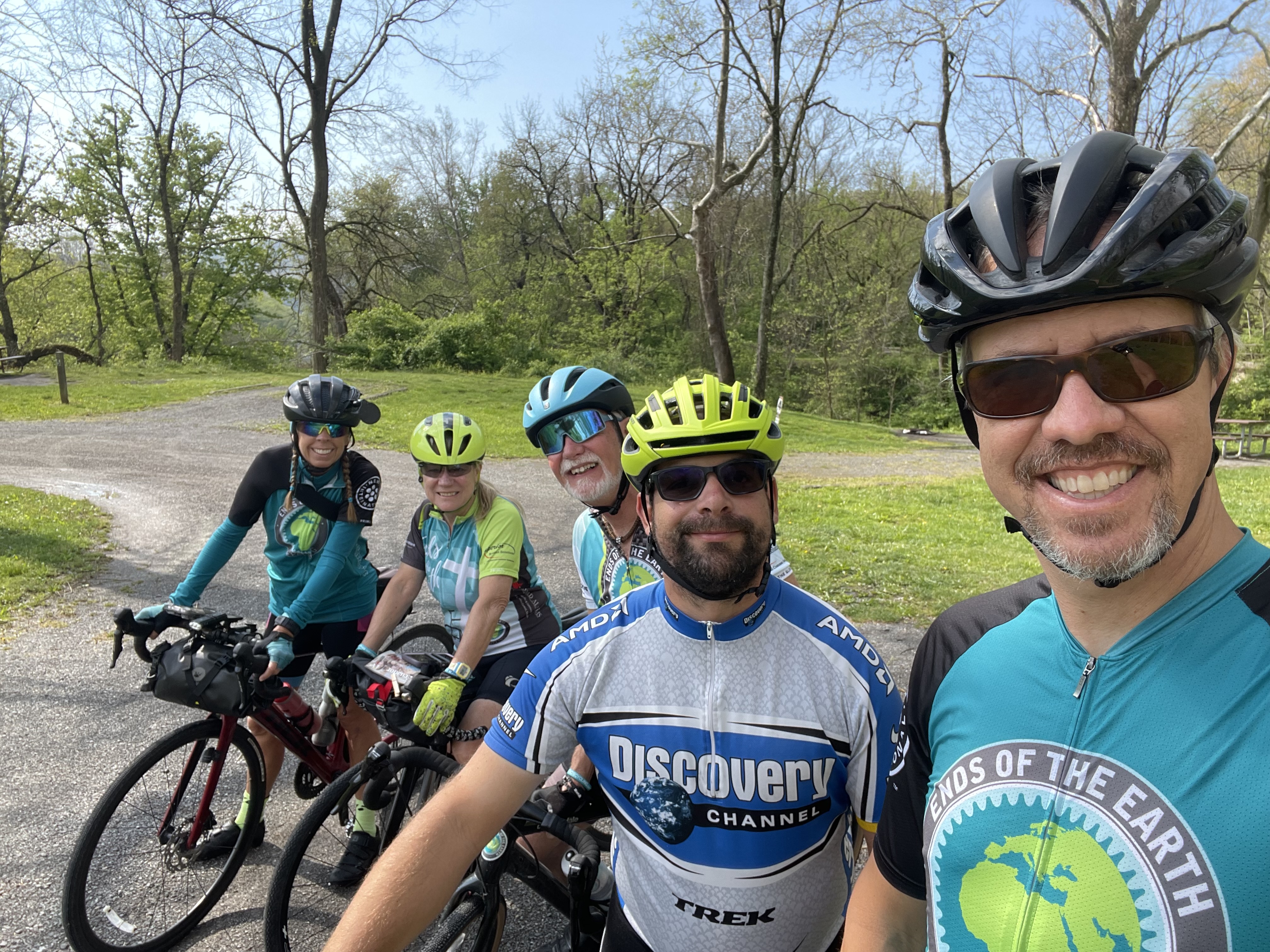 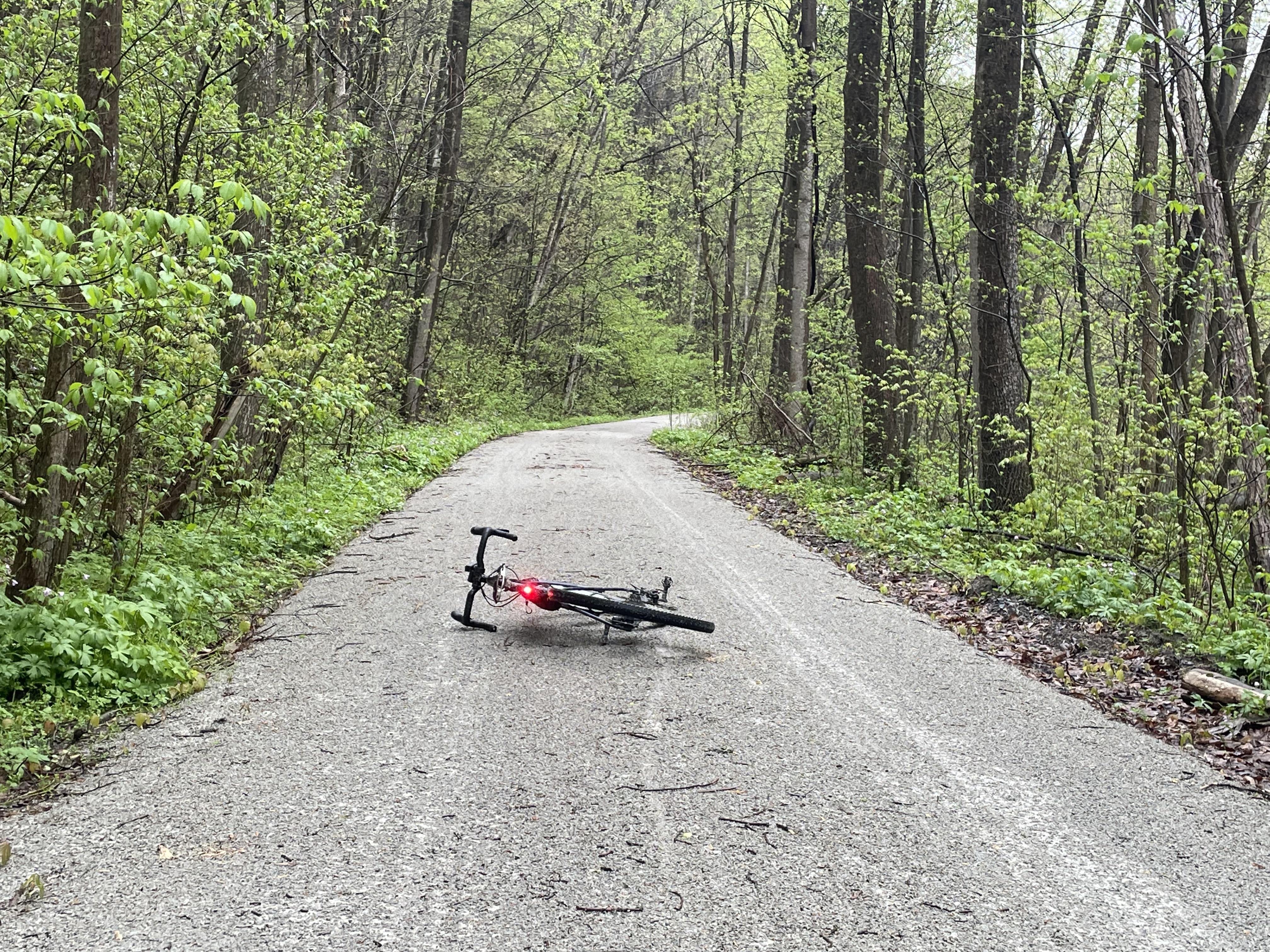 The first three days were on the technical but not overly challenging C&O Canal. 140+ miles of single and double track on old railroad bed.

Day one was 56 miles with about 800 feet of climb. There were a couple sections that were a challenge and I could have ridden, however, I decided to walk them. The trail on day one was in remarkable condition! I had the pleasure of riding most of the day with a couple awesome gentlemen from North Carolina by the names of John Brookie and Chris Wray.

Day two was a challenging day because WE all knew that we were going to get wet. The difference between riding wet pavement and gravel is night and day. Gravel is soft and squishy and is harder to keep your forward momentum going. Pavement, on the other hand, you mainly need to watch the paint. 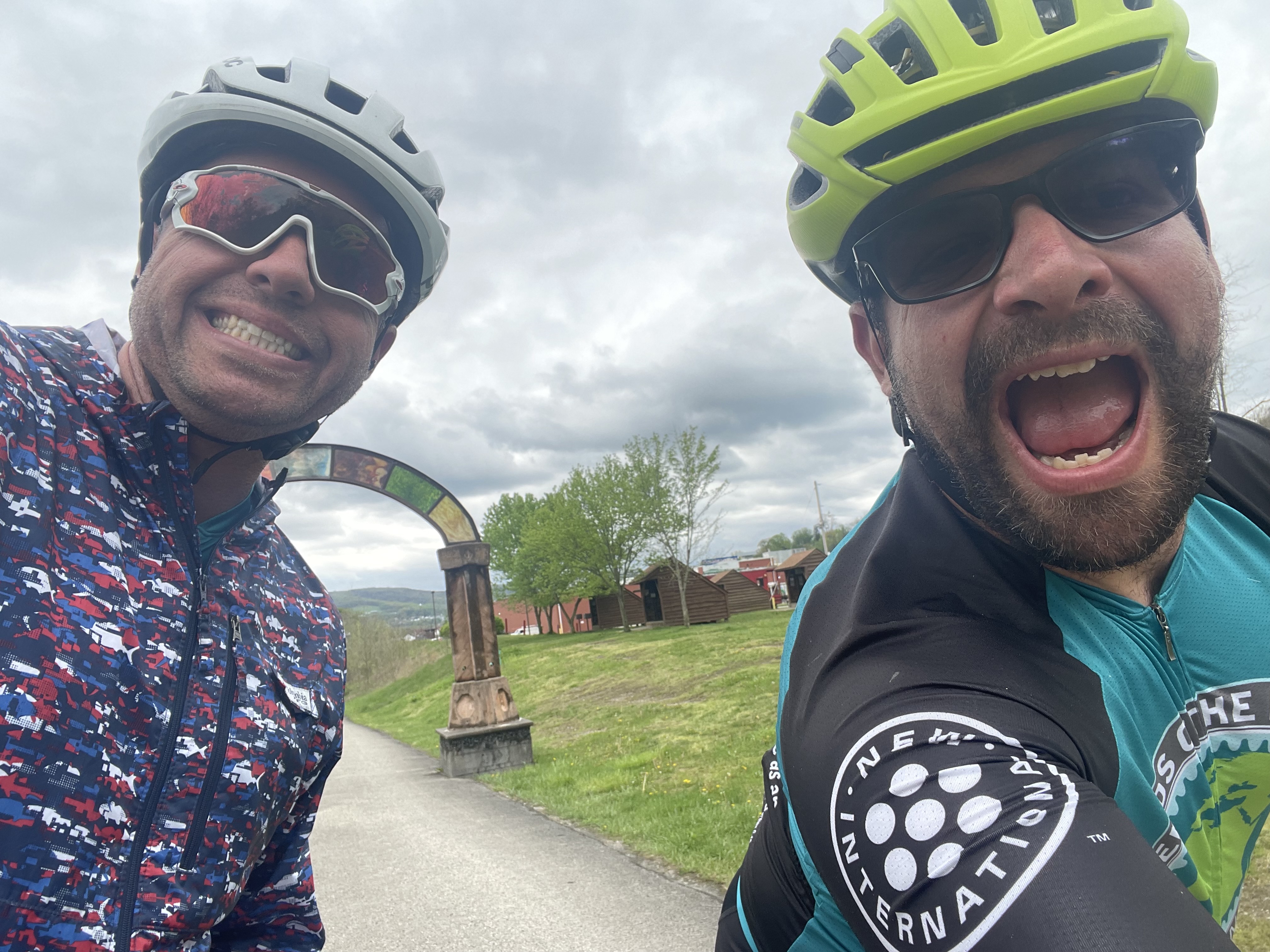 With the gravel being soft from the rain, the effort I had to put forth to stay upright increased. Days two and three we were riding through 4-6 inches of water and MUD! That much water and mud is NOT good on the old drivetrain! You could barely tell what jersey I had on because of all the mud getting kicked up! There were numerous points during these days that I, Jay Ross Carlson, wanted to throw in the towel and say, “I’m done” or “I quit.” However, I knew if I did that Satan was going to win the war and I couldn't let that happen. Days two and three were mentally exhausting because of the weather conditions. Day two’s mileage was 43 miles and another 800 feet of climb. Day three mileage was 44 miles and the same climbing. 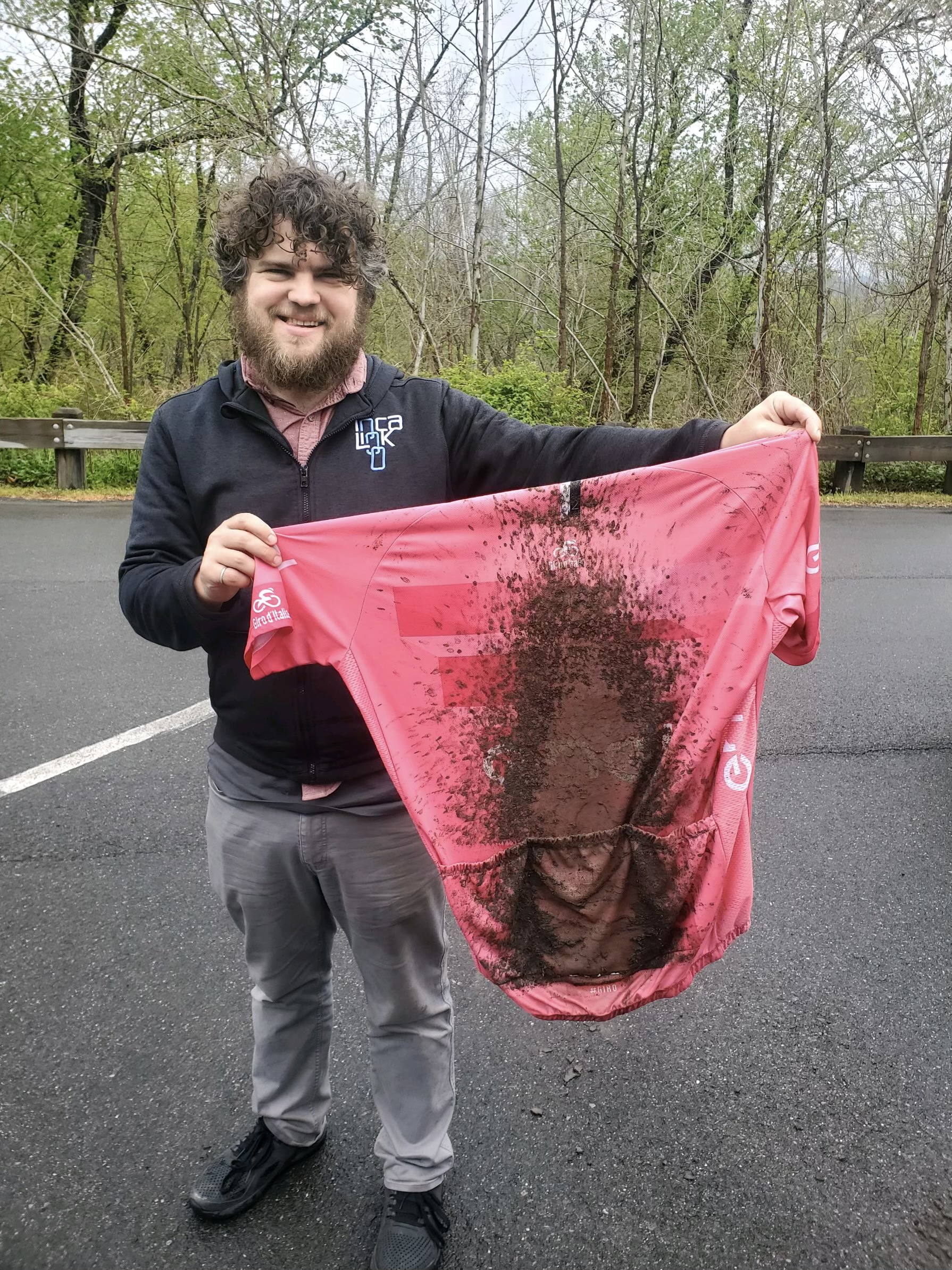 Day four broke with sun, 55 degrees, more SUN, and also a new trail. That’s right, two trails, one ride! The Great Allegheny Passage trail is 120 miles of crushed limestone that starts off with a gorgeous 25 or 26 mile climb at 1-2%. Now, back to my sinus infection, day four was the day that I had marked as a push the tempo kind of day. That’s what I did. I climbed that 25-26 miles of railroad bed as if I was chasing down the Tour de France champion. I flew up the climb and knew that I had to push that sinus infection out of my system. Mission accomplished. After the ascent came a thirty five miles descent. I averaged 10.5 going up and on the descent I figured my average to be 16+. Day four was my favorite day of the whole journey.

Day five I was back to 100%. I felt really strong and it showed. 53 miles to close out the GAP section of the trail. I rode with various people on day five, but I also had my solo miles. This whole tour was truly an epic experience with 20 very good friends. Tour number thirteen wasn’t unlucky for me. There were many obstacles and barriers that a lot of cyclists pushed through, whether it was physical, mental, or spiritual. God was at work during this AWESOME experience! 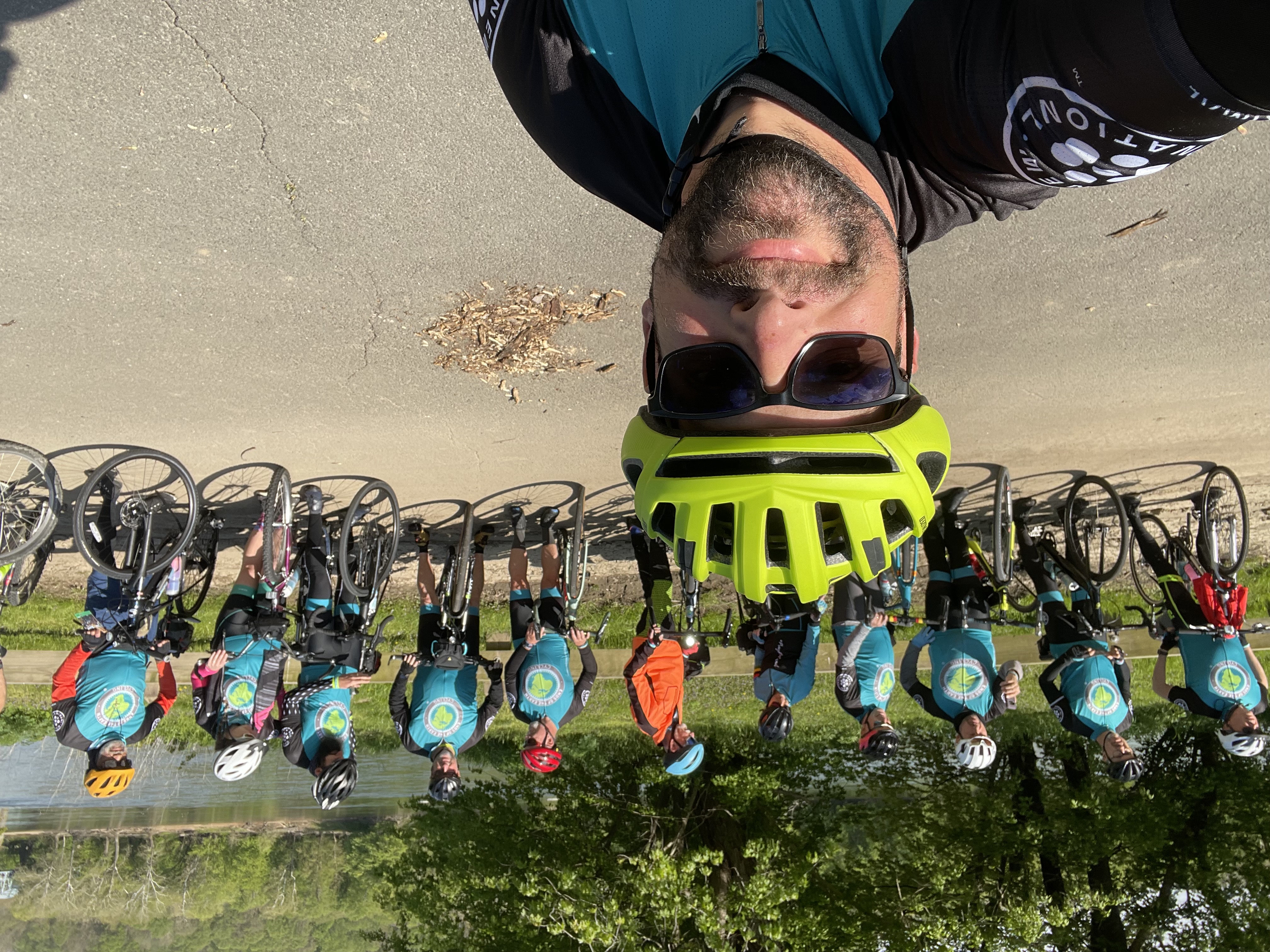