Hope and Healing in Zimbabwe

God had saved him for a reason 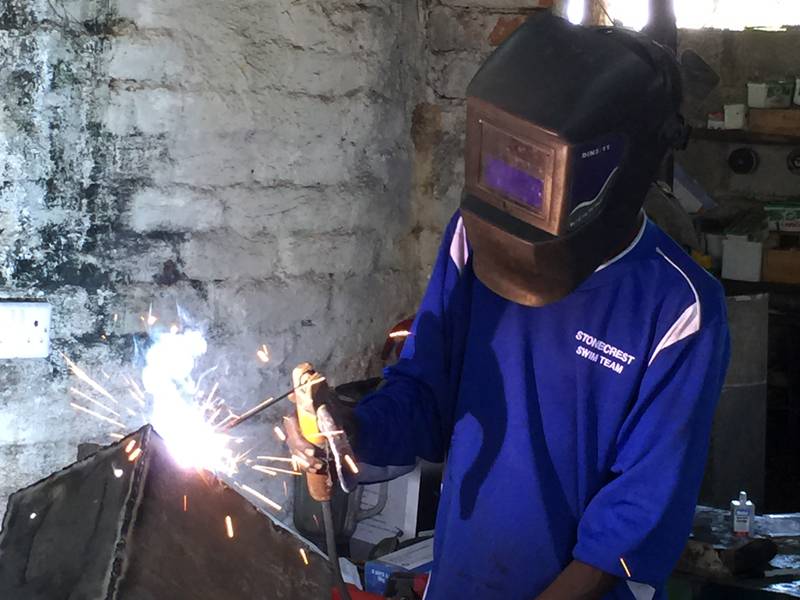 Lance and Elizabeth Edwards share a couple stories of hope and healing that God has done through their work in Zimbabwe.

Lance has continued to work with Foundations for Farming (foundationsforfarming.org) and follow the three communities who attended the â€œI Was Hungry" (iwashungry.net) training every month. He also continued to develop rocket stoves and improve on the rocket stove technology. Lindiwe had the opportunity to go to Harare and participate in the â€œI Was Hungry Training;" as a result she and her husband began to faithfully practice the principles for farming, family and finance that she learned. Although she and her husband Abendico are both HIV+, they were able to grow enough food to eat for a year AND had surplus to sell! Abendico had meager skills as a welder, and Lance needed help making rocket stoves. Abendico is now working full-time with Lance, improving his welding skills and hopefully will set up his own fabricating business in the future. Lindiwe and Abendico have a child who is HIV-. Their desire is to live well so he doesn't grow up an orphan. As part of the church in the Mazwi community, they are shining examples of sustainable transformation to their neighbors!

Raphael was very ill, resulting in a one month government hospital stay during which he received both a positive HIV status and a large, deep, painful pressure sore covered in black leathery skin and draining yellow exudate. He was discharged with no treatment instructions or dressing supplies. His neighbor, a friend of ours, asked if Elizabeth would assist him. He was thin, weak, very ill, and could not walk without great pain. He realized the hospital had sent him home to die...and yet despite poor nutrition and HIV, his wound improved and began to heal. Over the weeks that Elizabeth was caring for his wound, he began to open up and talk about the life he had been living; that it was far from God, that he should be dead, and that God had saved him for a reason. He expressed desire to change his life, so Elizabeth prayed with him and connected him to men from church who could visit and disciple him. After six weeks his wound was completely healed and his family began attending church. After the first week his wife said â€œI learned so much, I didn't know God loves me and actively pursues me!" Because he and his wife were both ill, we gave them a rocket stove so they could conserve energy by collecting less wood for cooking. Lance made some improvements on the stoves and wanted to take their stove so he could modify it for them, but Raphael's wife loved it so much she refused to give it up!