How much impact can a two-week project actually have? 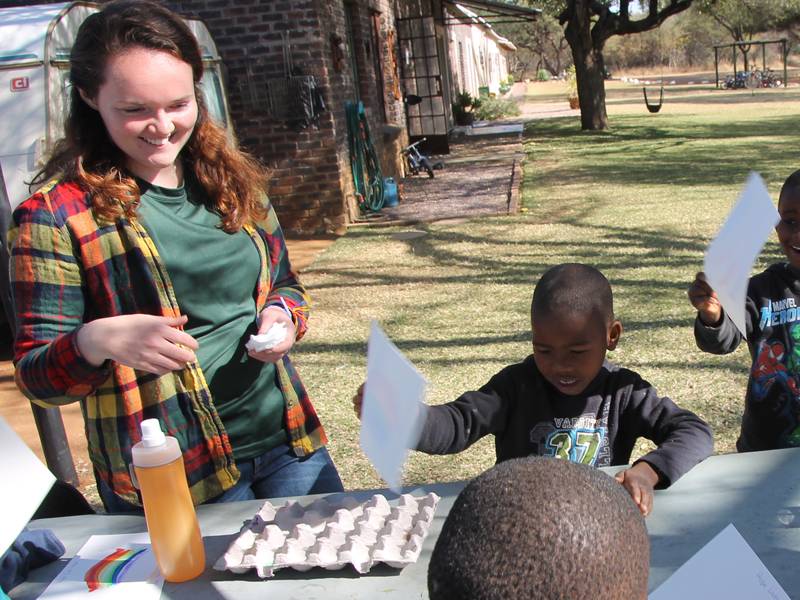 Son Safaris' mission teams serve in South Africa for two weeks. How much impact can a two-week project actually have?

While living at Welgevonden Game Reserve we often overlap the stay of international volunteer researchers who are there as budding ecologists, conservationists, and other earth scientists. Both groups are there to care for God's creation (even if they don't think of the creation in that way!). This commonality provides the opportunity for our team members to interact and build relationships with research interns from around the world. Most of the researchers that we have encountered have little to no understanding of Jesus Christ, much less what a personal relationship with Him means.

In summer 2016, our team met a Danish volunteer researcher named Cecilie with whom our teammates connected deeply. God used ordinary things such as cooking dinner together and playing games in significant ways to build a solid bond between Cecilie and our team. After long days of work of caring for God's creation, our team would come back to the reserve in the evenings and spend time with Cecilie while cooking dinner and playing games. In just two weeks Cecilie's life began to change. The next spring as Son Safaris prepared to lead our next teams to South Africa, Fledge received a call from Cecilie asking if she could meet us in South Africa to be on our teams for three weeks! In 2017, our new teams got to meet Cecilie and share Christian community with her. Now Cecilie has strong relationships with team members who continue to show Cecilie the Christ whose community knows no borders! What began as a research internship that blossomed into her becoming a part of a Son Safaris team, has flourished into a life-transforming experience.

Katie Threatt joined a Son Safaris team in 2017. She spent two weeks in South Africa serving the locals, getting to know the staff at The Fold and Welgevonden, and learning more about God's Creation. Katie's life began to change as her heart connected with her experiences in South Africa. She went over with her own future plans of attending medical school to become a doctor after graduating with her Bachelor's but came back with a different plan. After serving just two weeks overseas, Katie heard God calling her back. She is now a volunteer with Son Safaris with hopes of becoming staff within the next year and has decided to take a couple years off between graduation and medical school to pursue global missions.

Two weeks is a short amount of time, but we serve a God who works beyond our sense of time and who does immeasurably more than anything we can even imagine!