The Start of Something Amazing 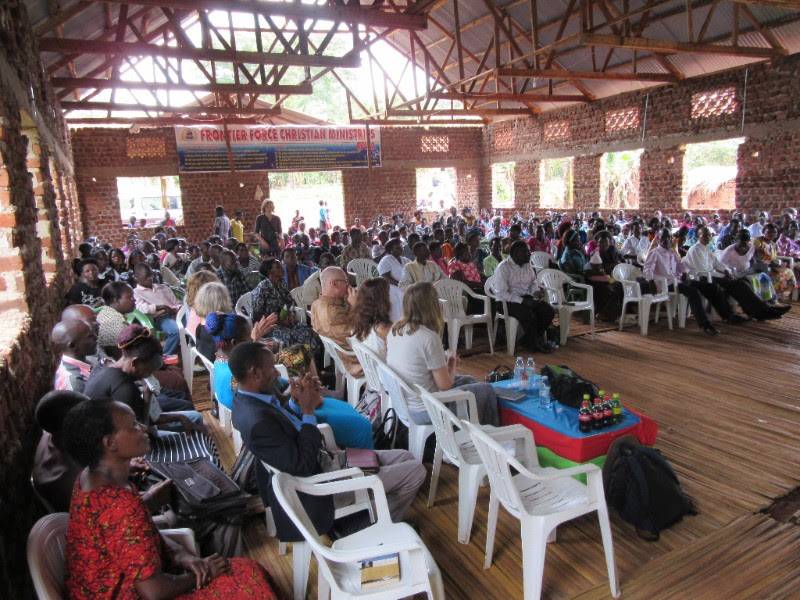 Andy and Kathy Sodestrom share the growth of their ministry in Uganda over the last 11 years.

My first trip to Uganda to visit Frontier Force Christian Ministries (FFCM) was in January of 2007. The pastor, Cyprian, was excited about conducting a Bible Conference at the church at Madudu village. The church was only a few years old but already had a plot of land and a small church building with room for about 100 people. We arrived at the church ready for a three-day conference and were greeted by a large banner that read â€œFrontier Force Christian Ministries First Annual Bible Conference"! There were delegates from the four FFCM Churches along with people from other neighboring villages and churches. I remember thinking â€œAnnual" was a bit optimistic, little did I know it was actually prophetic.

This month we will launch the 11th Annual FFCM Bible Conference! The Madudu village church has been rebuilt three times and now seats nearly 400. There are 11 FFCM churches now with more in the prayer and planning stages. Sam and Alex were young teens in 2007 and now serve as pastors with FFCM. Many other young people are being discipled and prepared for ministry leadership.

In the spring of 2017, the Kanalaki church in south Uganda was able to greatly enlarge their facility and this January we will be holding an additional conference for our south of the equator churches. Planting churches in rural Ugandan villages is the core of our ministry, but we are also working on community development projects in the villages where we minister. Education is a great way to minister to village families, and we have primary schools in two of our villages. We are also working on developing financial sufficiency for our churches through agriculture. We have farms where we have planted eucalyptus and pine trees for mid- and long-range income, and we are now developing a high yield greenhouse farm project that will provide short term income and jobs for the ministry. I had no idea what God had in store for us back in '07 but it is such a blessing to look back and see what God has been up to.