His family and neighbors could not bear to be around him because of his unsightly sores. A total of four villages rejected him. 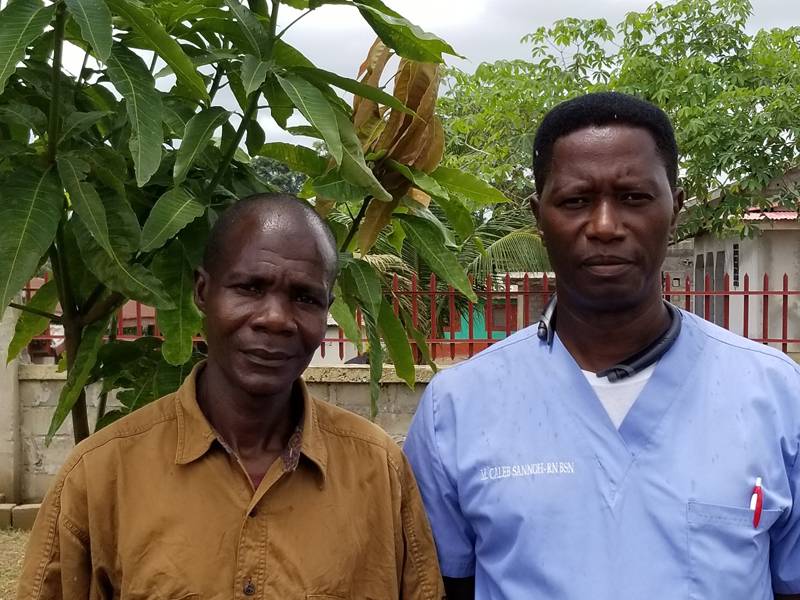 Caleb and Monika Sannoh serve in Liberia. They share what happened as they were screening patients for a surgical team that was due to arrive in the beginning of March.

During the screening, a 46-year-old man told us that he has a condition which he has been dealing with for over 10 years. We had met him once before in May of 2015, on our first trip to Liberia. Caleb even preached in the church he attends. At that time, he wanted to ask for our help with his health issue, but fear of rejection prevented him from speaking up.

Because of this condition, Sam was pushed out of his own village. His family and neighbors could not bear to be around him because of his unsightly sores. They did not know what to make of it; so, they told him to leave. He left his village and went to another village. The people in that village also told him to leave after spending just one day there. His sores gave off an offensive odor. A total of four villages rejected him. In the fifth village, he was given a room by a kind-hearted family. This is where the Borlorlah church is located. He was welcomed in the church and assisted with emotional and occasional material support.

When he came to the clinic In March, he was diagnosed by Dr. Hena who prescribed two different kinds of antibiotics. After a month, a third antibiotic was added to his regimen. At the end of two months, both ankles are healing beautifully. New tissues are forming, and they are pink and red. According to the CDC, surgical debridement (removal of damaged tissues) is normally needed in addition to antibiotic treatment for Buruli ulcers. We thank God that natural debridement is occurring with his sores. His countenance has changed, and he has a spring of confidence in his steps.