Two of the biggest concerns of Moses and Santos are so-called “child-headed households” and the overwhelming educational needs in the refugee camps. 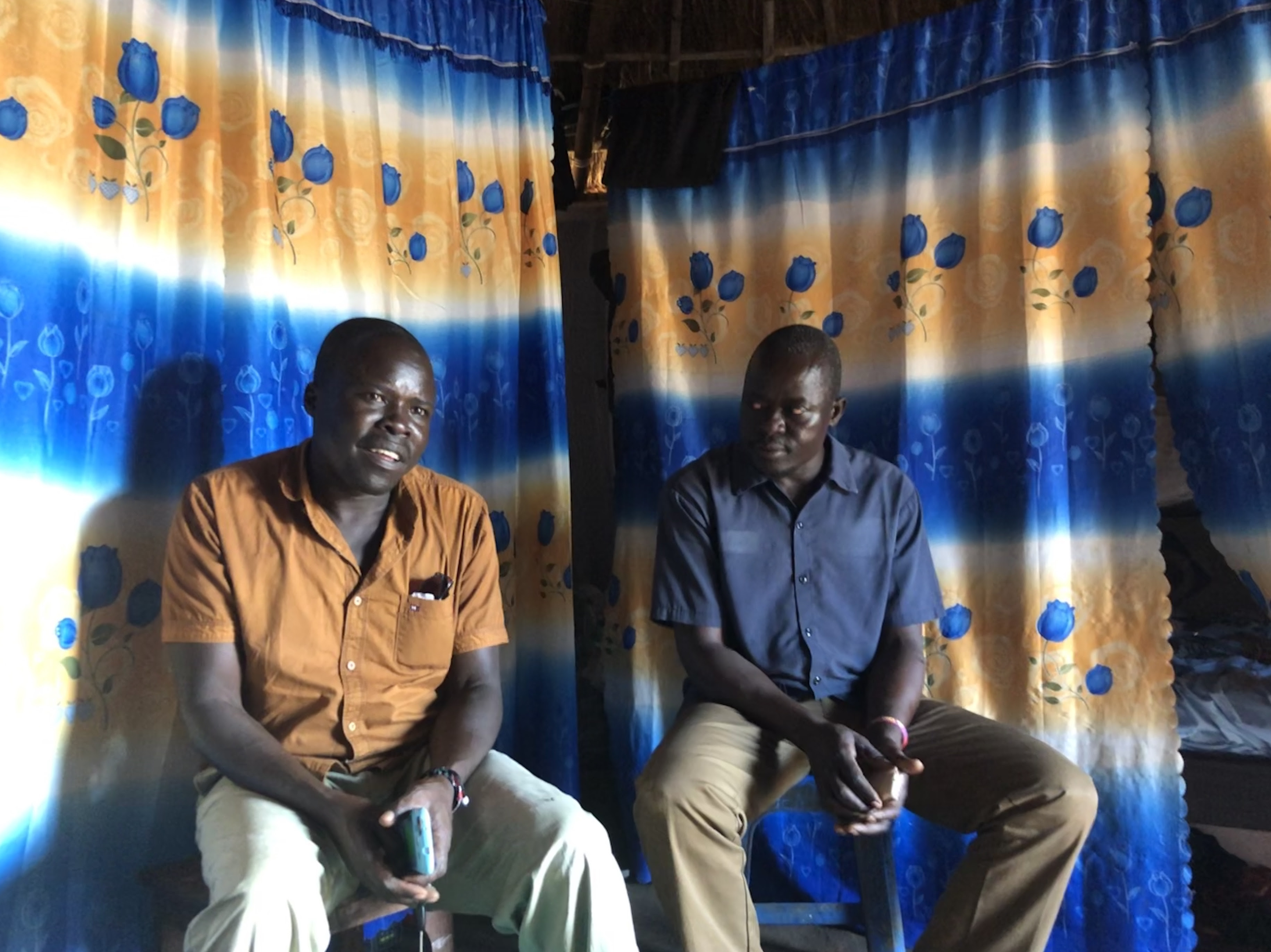 In part two of this series, Donny and Sarah Grice-Fitzgerald got the chance to interview two pastors in refugee camps in Uganda, and witnessed the hope they have despite dire circumstances.

We spent a full day with Moses, a pastor and South Sudanese refugee. Not only was he displaced by the current civil war in South Sudan, but he has been a refugee nearly his entire life, as the first Sudanese civil war displaced him and his family when he was a child. We were able to see some of his ministry first hand, and we spent the day getting to know him and his story. On top of his deep love for children and seeing them thrive and grow in Christ, He speaks five different languages. Moses wants to see refugee children return to their homes one day as leaders of their people.

Santos is also a pastor, and his heart for refugee children is just as big as Moses’. His family has taken in six children who were formerly living in child-headed households - households in which children are living by themselves. It was in his home in "Pagirinya 1" refugee camp where we were able to sit with Moses and Santos to discuss what a South Sudanese refugee’s life is like in Uganda.

It was their dire circumstances that drove Santos and Moses to devote their lives to serving Christ and loving their fellow refugees as He would.

Two of the biggest concerns of Moses and Santos are so-called “child-headed households” and the overwhelming educational needs in the camps.

In Uganda, refugee children whose parents have died or abandoned them are frequently left to fend for themselves in "child-headed households." Usually, there is an uncle or grandparent or another relative/friend/neighbor who has nominal custody and parenting roles, who will check in often and provide encouragement and care. Yet, often the greatest responsibility for the care of younger siblings is left to an older brother or sister, often as young as 14 years of age. This is put in place to teach the children responsibility and self-sufficiency. However, as you can imagine, these children are put into positions that no child should be put into at such a young age. A key aspect in Moses and Santos' ministries involves caring for children who are left to fend for themselves, so the children may be allowed to be children.

Another pressing issue in the camps is the quality of and access to education. Many children are unable to attend school merely because the cost of school fees is too high and their families do not have the income to pay for it. Thus, children often are left without schooling. Also, many of the schools in the camps have been called "monyo monyo" schools, or "garbage" schools, because they are overwhelmingly crowded to the point the teachers cannot know all of their students and because the teachers are often volunteers from the community who lack access to proper training.

In the past, teachers in the camps were given access to college education to gain the skills necessary to provide professional teaching. One of the goals of Moses and Santos in the future is being able to raise funds to help kids got to school, to provide this necessary education to the teachers, and to erect schools that are able to give quality education and attention to their students.

Donny and Sarah have begun a nonprofit ministry called 838 Coffee to raise funds for the completion of projects in Ugandan refugee camps through the sale of specialty Ugandan coffee. Each 6 oz. bag of coffee from a farm in viewing distance from the refugee camp will be sold at $8.38 (the amount a refugee receives for one month of living expenses). Email dfitzgerald@newinternational.org to preorder coffee for you or a friend! All money raised from this project goes directly to Christian leaders in South Sudanese refugee camps, so they can empower their community by putting kids in school.

You may also donate directly to these Christian leaders serving their fellow refugees here.