From Ashes to Beauty

This funeral turned out to be like a crusade. 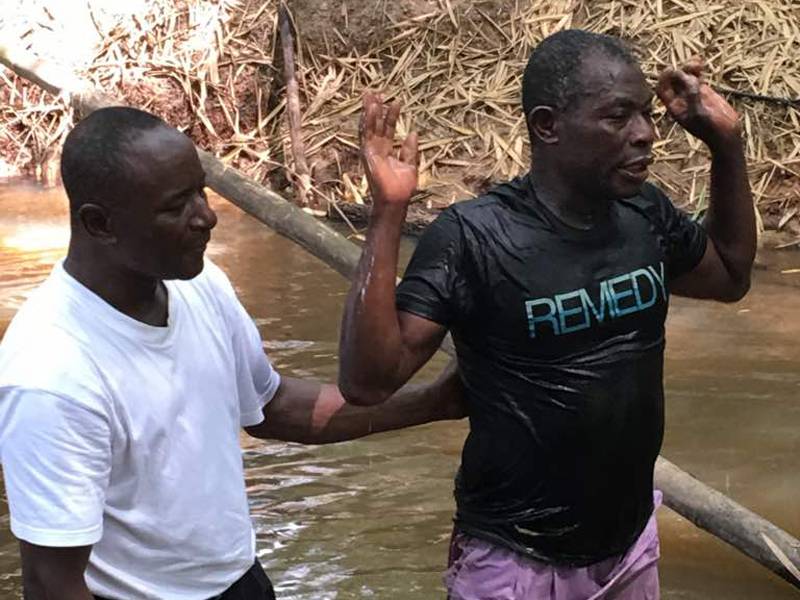 Joshua and Victoria Baah-Binney share with us a story of redemption for those who were mourning in Ghana.

"To console those who mourn in Zion, To give them beauty for ashes, The oil of joy for mourning, The garment of praise for the spirit of heaviness; The planting of the LORD, that He may be glorified." Isaiah 61:3

Even though he accepted Christ and was devoted in his Christian walk, the battle with alcohol was a struggle for him. He relapsed a couple of times and recovered. But with this new relapse, his life was taken away too soon when he overdosed on alcohol. His young life was taken so early. His wife, children and extended family were all devastated. His brother, the pastor, was ashamed and broken about his younger brother's death. People were questioning him about how he could not help his brother to stop drinking. This pastor was broken, confused, and helpless so he turned to his mentor, Joshua, for support and help with the situation.

Joshua was then invited to officiate this man's brother's funeral in another town where he died. He accepted the invitation to officiate it. The funeral was organized in an open space which is a common practice in Ghana. After Joshua preached during the funeral, 30 people came forward to receive Christ. In Ghana, funerals are normally done on Saturday, and then thanksgiving church service follows on Sunday if the person is a Christ follower. So the pastor's church came from the other town and led the church service in the open space. Joshua preached again on Sunday morning and 45 people came out to be prayed for. Out of the 45, 20 rededicated their lives to Christ and 20 received Christ! 10 of them requested to be baptized the same day. Most of those who received Christ came from nearby towns and villages. Those who were baptized asked the pastor to start a church for them. This funeral turned out to be like a crusade. One of them who received Christ and was baptized was an idol worshiper who brought his idols to be burned after his confession. God turned this sad situation to be a blessing and redeemed people for his Kingdom. Truly our God has the power to turn ashes into beauty.